A Most Noble Heir by Susan Anne Mason

Get sunshine in your E-mail

We only send tips, inspiration and freebies! Never Spam – yuck!

Book Title: A Most Noble Heir

See My Reviews of A Most Noble Heir on : GoodReads | Amazon Review  | Library Thing

*Thank you to Bethany House Publisher for my copy of A Most Noble Heir in exchange for my honest review. All opinions are my own.*

A Most Noble Heir was inspired by “true life events enhanced by imagination” according to author Susan Mason. Below is the description from the back of the book:

“When stable hand Nolan Price learns from his dying mother that he is actually the son of the Earl of Stainsby, his plans for a future with kitchen maid Hannah Burnham are shattered. Once he is officially acknowledged as the earl’s heir, Nolan will be forbidden to marry beneath his station.

Unwilling to give up the girl he loves, he devises a plan to elope–believing that once their marriage is sanctioned by God, Lord Stainsby will be forced to accept their union. However, as Nolan struggles to learn the ways of the aristocracy, he finds himself caught between pleasing Hannah and living up to his father’s demanding expectations.

At every turn, forces work to keep the couple apart, and a solution to remain together seems further and further away. With Nolan’s new life pulling him irrevocably away from the woman he loves, it seems only a miracle will bring them back together.“

A Most Noble Heir is full of twists and turns. It follows a rags to riches theme with a dose of love, betrayal, faith and a hint of mystery. This story reveals that all throughout time, people made mistakes that affected generations to come. Scandals are covered up, love sometimes brings about pain and the truth always comes out are just a few of the seeds that are planted and then developed in this tale.

I enjoy tales that transport me to English estates with gardens, formal dining rooms and parlors. It is not a book with intricate historical details, but you will be whisked back to a time of formality but also simplicity. The story takes place in 1884 with the setting at Stainsby Hall in Derbyshire, England.  Because the writing has a more contemporary language style, it is a very easy read.

The characters were well rounded and developed throughout the story. Although Aunt Iris is a supporting character and not a main character, she became my favorite character to read about. She is not introduced until later in the story but becomes an integral part of tying up all of the loose ends. She is a woman who is eloquent in her words, soft when needing to be and direct when necessary. The main characters in the story, Hannah and Nolan, are discovering that their families choices as well as their own choices have consequences far greater than can be imagined. If you like Downtown Abbey, this will be right up your alley.

This story was lightly based on the author’s discovery and research of her own ancestry. Her great-great-grandfather was a stable hand at an English estate called Stainsby Hall. He had married a kitchen maid, but their story had a very different ending. She used her research and her imagination to create a story that developed from this relationship.

If you are looking for a historical romance that is an easy read, you will enjoy A Most Noble Heir. I would recommend this book to those who like the tv series Downtown Abbey, as it has that contemporary yet English setting.

To read my other reviews go here: Book Reviews 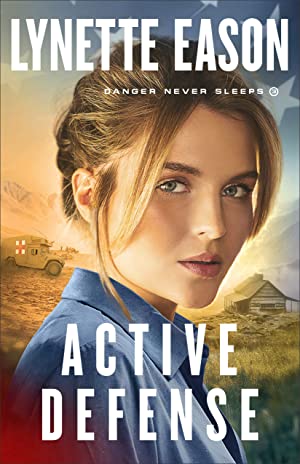 5 Books to Help You Find Peace in Uncertain Times

Why Can’t We Trust God?

A Socialite, Uber driver, widower and a divorced couple…

We have this hope as an anchor for the soul, firm and secure

5 Books to Help You Find Peace in Uncertain Times

Why Can’t We Trust God?

A Socialite, Uber driver, widower and a divorced couple…